I have been spending a lot of time working in 3d in the recent past.
I often try to give a pastel/painterly feel to the digital sculptures.


Shelter by lesaint on Sketchfab

I did this one called "Shelter" after reading about the Book buddies program at the Animal Rescue League of Berks County, and seeing the great photograph by Katie Procyk :
https://www.berksarl.org/programs/book-buddies/ 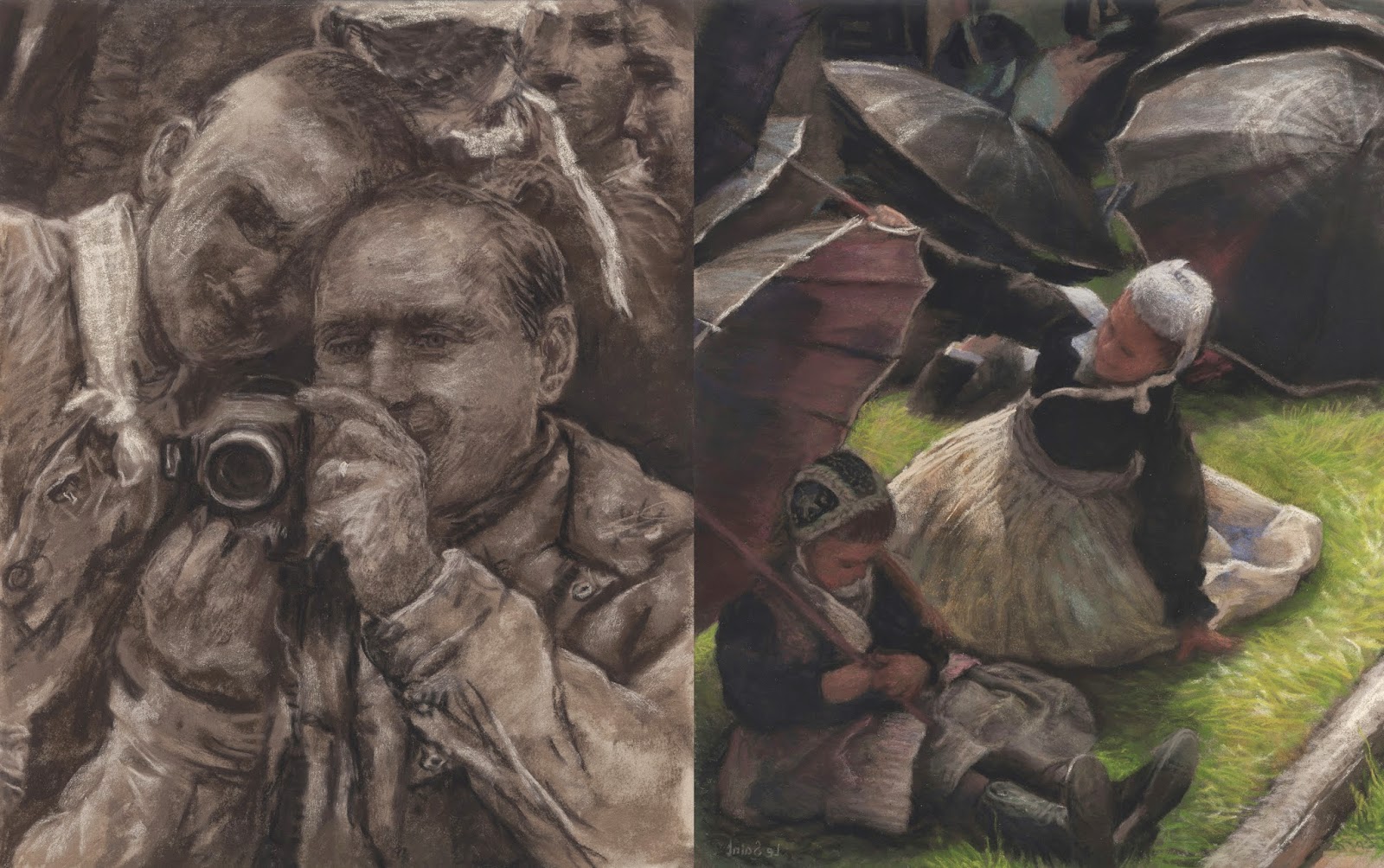 This dates from June this year. I was working all the details in shades of grey before adding colour.
I have been lost, trying new paths every day, for months on end. At last around Easter something happened, a real breakthrough. Since then I have still been exploring new paths, but I think it is more focused. The "shades of grey" phase lasted a little while, then I moved on, but I have the feeling it is part of a progression, everything I have been trying seems to fall into place like a puzzle that starts to make sense.
No comments: 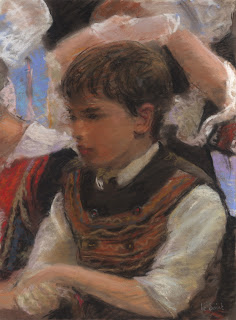 I had stopped in the middle of the process, but when it was time to get back to work, I thought it looked quite good like this.
Disponible à La Dilettante Atelier.

I have lost myself in experiments for over a year now. I was looking for an elusive technique that would work everytime. In the end I found three interesting techniques that I want to explore further.
1. Most of the work is done in sepia and ochre tones until all the detail and values are in place. The colours are then added in thin veil-like layers.
2. I work with basic shapes, blending layer after layer, and the detail is added at the end. You can get a glimpse of the process in the second image if you look closely at the hat.
3. This is the "frantic mode", I blend only the first layer or two, then I work with the tip of the pastels in free strokes, it is very exhilarating. It is perfect for small pastels depicting a scene with many characters.
I am also looking for a fourth technique that will eventually enable me to apply varnish (not fixative, but varnish) on the finished pastel without altering it.

Pastel 18x24cm (7x9in).
Here is one of my latest portraits and one of my favourites. Picking the best time to stop is one of the trickiest part when drawing or painting, and I think this one is just right.

I have done several versions of this over the years. The original has something special, but is very dark in tones, and technically not the best, I think. With each new version I try to do better, at least technically. The attitudes and expression turn out different each time and that is what I find interesting,

In Morocco it was difficult for me to take pictures, at first I did not even try : I just felt I shouldn't, so I wandered around leaving my camera in my bag.
I was outside a sheep market a few days before the Aïd when a boy walked up to me and asked me to take his picture !
I opened my bag but instead of taking out my camera I grabbed my sketching pad and a pen. I sketched him and gave him the drawing. By then many other children had gathered around us, and as often I did one portrait after another. This boy with the white trousers came back a while after having had his portrait done, and asked for a new one. I sketched him a second time, but he came back a third time a bit later, and this time he asked to have his picture taken (so that I would ship it to him). I took out my camera and as I pointed it, a girl behind him slowly turned her face away and covered it with her hands.
When I came back home after my trip to Morocco I wanted to recreate the feeling of the scene. The sketching pad and pen can be guessed at the bottom right, but only the boy model is depicted in detail, because when I am sketching I am so concentrated on his face that it is the only thing I see. I am only barely aware of all that goes on around me, only feeling the presence of the other children all around.

Buy prints of my art at Imagekind!

View all available pastels at a glance